I've been a bit slack updating the blog of late. Summer was busy with non-luthier stuff and life just gets in the way sometimes. I have however not been completely ignoring luthier work however. I've actually got a fair bit done over the last few months considering all the others things going on in life..

First off someone in the small orchestra Julie plays in had a cello in need of repair/restoration. Turned out to be an Englehardt Cello, a pretty cheap student model but apparently pretty common in school music programs. The cello was the victim of and attempt at refinishing that was at best misguided.. It was also missing most of the parts like a bridge, tuning pegs, tailpiece and sound post. Anyway this got those parts replaces and a new finish put on it.. It is going back to a local music program, It was interesting to do as I am really not a repair person.


Also the next builds are well underway, those are an Irish Bouzouki and a Octave Mandolin, both built as flat top guitar bodied instruments. The Bouzouki will be Rosewood and Spruce and the OM Honduran Mahogany and Cedar. I started by making the bindings for these, I've been meaning to try my hand and making my own bindings with purfling for some  time so it was good to try that and it worked out great.

I've also got the sides bent and glued up to the end blocks for both instruments and the tops and backs well on the way to being done.. Just starting to brace up the tops today.. 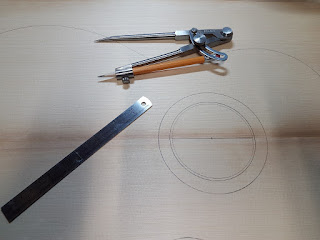 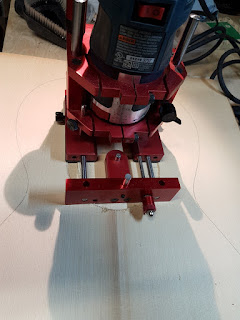 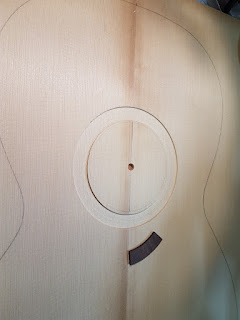 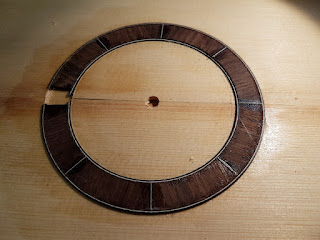 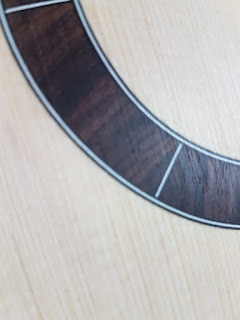 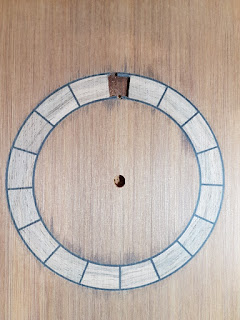 And here are one of the backs and top bracing underway. 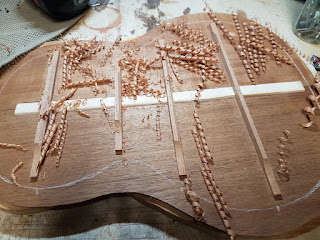 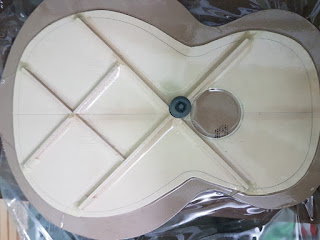 Posted by Kerry-Lee Werry at 10:35 AM No comments: